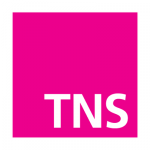 TNS Infratest released their convergence monitor 2015 for the german market.

Time spent ‘on the internet’ decreased on PCs and Notebooks to the benefit of smartphones and tablets: 33%* by smartphone (25%* previously) and 9% by tablet (7%* previously).

Young people: half of internet time spent on smart phones

Our take on that:

The increasing use of internet on mobile devices will have a continuous impact on the use use of (online) media. Smartphones and tablets grant access to internet sources of information, to music and to video. We’re curious to see the impact on classical media distribution like radio and TV, especially with younger people.

Smartphones and tablets are a companion the day long. They will become (or are) an integral part as well of the home entertainment experience, operating and feeding HiFi systems, multi room audio and radio devices.

The research was performed by TNS Infratest (part of Taylor Nelson Sofres, London). Above mentioned results are part of the 9th edition of TNS CONVERGENCE MONITOR, a joint study of ARD-Werbung SALES & SERVICES, Deutsche Telekom, IP Deutschland and ZDF.