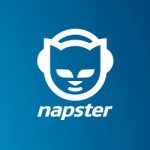 Napster researched the usage habits of it’s clients and came up with a result which might surprise:

Napster is not mainly used in the evening hours, but as well during morning time. This usually is considered the strongest ‘radio time’ of the day. People get ready in the morning, commute to work and get entertained and informed by their favorite radio station.
This might not be exclusive ‘radio time’ anymore. Especially when considering, that subscribers of other music subscription services are likely to behave similar.

Usage of Napster (and likely other services as well) has a second peak in the afternoon. Usage numbers are higher than during morning time.

This raises the question, how much of a competition are – or will be – music services against classic radio programs.

There is a further research of Bitkom here: Link